Like many textile techniques, smocking has a mysterious history. It is the unique technique that is used for the functional and aesthetic purpose. Smocking can be used as the decoration and as well as the fullness control of fabric because it adds texture, color and changes the weight of the fabric. The traditional function of smocking is used extra material to tightly cover the chest and shoulder.

Smocking had been used for the decoration purpose from the thirteenth century and generally became popular since nineteen century in England. Traditional smocked are made of linen or cotton from natural color milky white to bluff.  A high-quality smocked was an important symbol of identity. These smocks were often embroidered with symbols presented to the position of the wearer in the society (farmer, barker, shepherd, or royal family).

After the Industrial Revolution, there was a decline of smocks clothes. However, people still wore smock on a special day or to church and soon turned into a fashion style for the woman and children. There is two main styles of smocking: English and American. The fabric material is often three times the width of the final product.

The English smocking style which also called geometric smocking is the embroidery on pleated. The pleats can be shaped into a different form such as tube, rectangle, square or circle. When the embroidery has been completed, the third will be pulled out and the smocking pattern turns into one shape.

The geometric smocking style is considered is traditional, timeless and classic style as it is always worn by the royal family. One of the examples is the traditional hand smocked floral print dresses which worn by Princess Charlotte had became the most trend-setting and fashion-influencing.

Smoking rose popular in 1940 when smocking pleater was invented. The pleating machine saves the time from marking and gathering basic smocking fabric and it is suitable for any type of fabric. At that time, smoking started to appear in North American, Spain, and Australia.

Instead of a geometric patterns fabrics like English style, the American smocking usually uses the gingham fabric and is more common with contemporary needlework. Today you can find the smocking and sewing enthusiasts on US magazine and other publications of smocking ideal and design. The Deep South seems more accepting of smocked clothes than their northern counterparts.

The most popular use of the American smocking technique was on aesthetic women’s and girl’s dresses with domestic textiles and hand stitched. There is no shortage of brilliant patterns with this smocking technique. Of course, the smocking that survived from the early nineteenth century can be stunning as the ones still remained usually be the finest ones.

Baby Clothes Trending on US 2018

The great thing about being parents is dressing your sweeties up in the ridiculous style they wouldn't be caught dead in next decade. The smocked clothes trending in 2017 was the shadow embroidery technique which required tons of complexity needlework. The technique had to change the smocked patterns and made it shaded in a fresh new palette of colors.

So, what is new on this season? Trends are truly heading for more and more comfort, baby clothes style focus on the sense of fun, creative and magic. In short, on this new season 2018, there will be a multitude of trending waiting to be worn. Babeeni fabric expert believes the net embroiled smocking technique will be the new trending in 2018.

So what is unique about the technique? 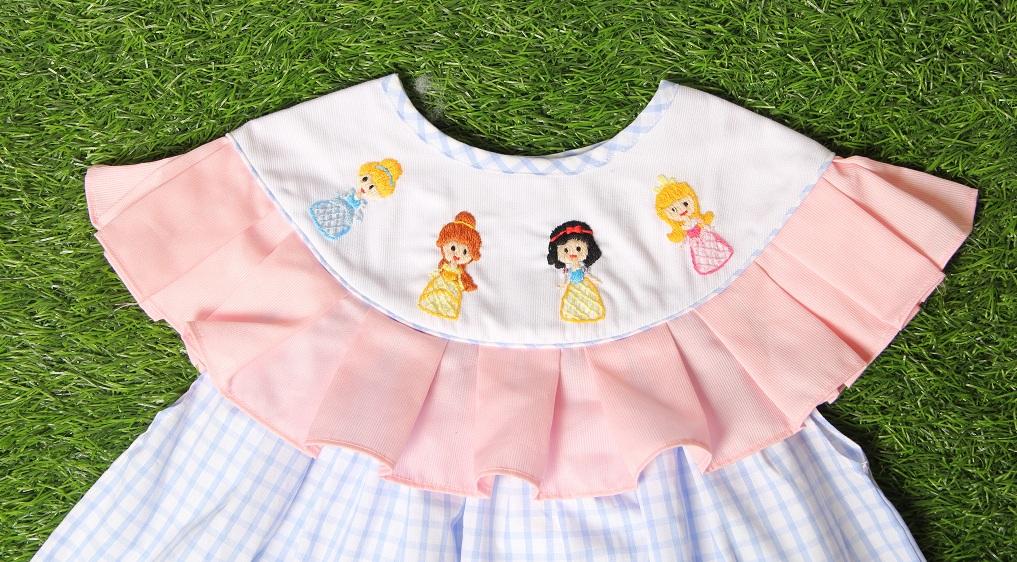 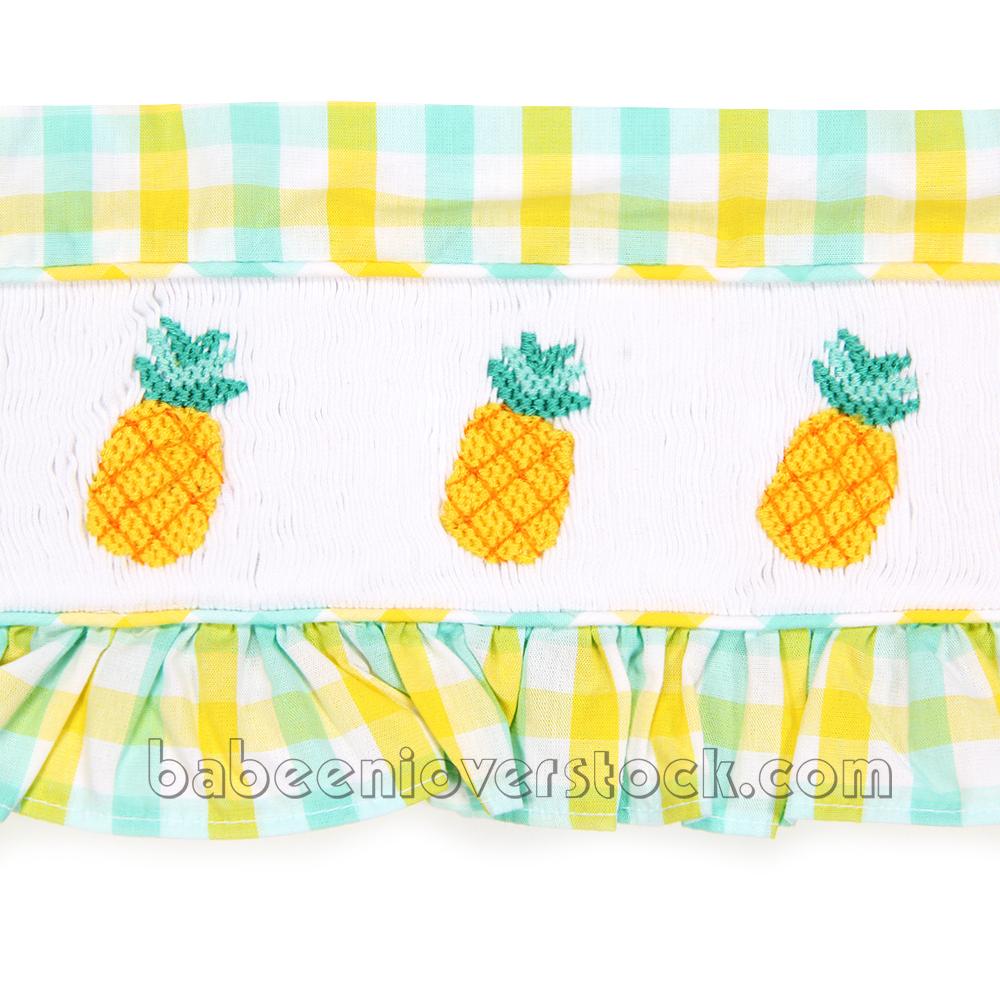 Floral for spring? It sounds groundbreaking!!

Floral was the 2017 fashion trending with the bright bloom color which is used with hand-crafted to create a youthful and spirited expression. Be prepared to embrace your sweeties with floral print dress, swimsuits and clothes sets which are inspired by the variation of the garden theme in this 2018 spring. This new line clothes for children and infants. 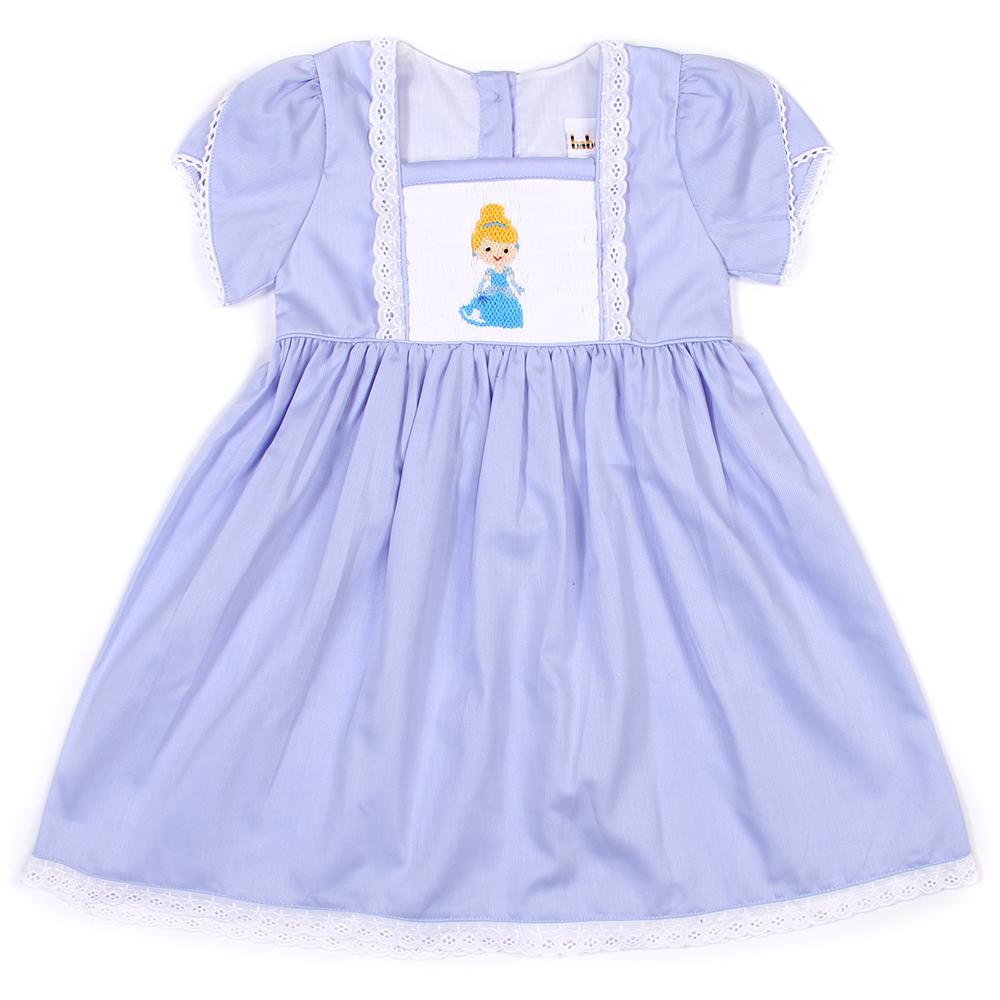 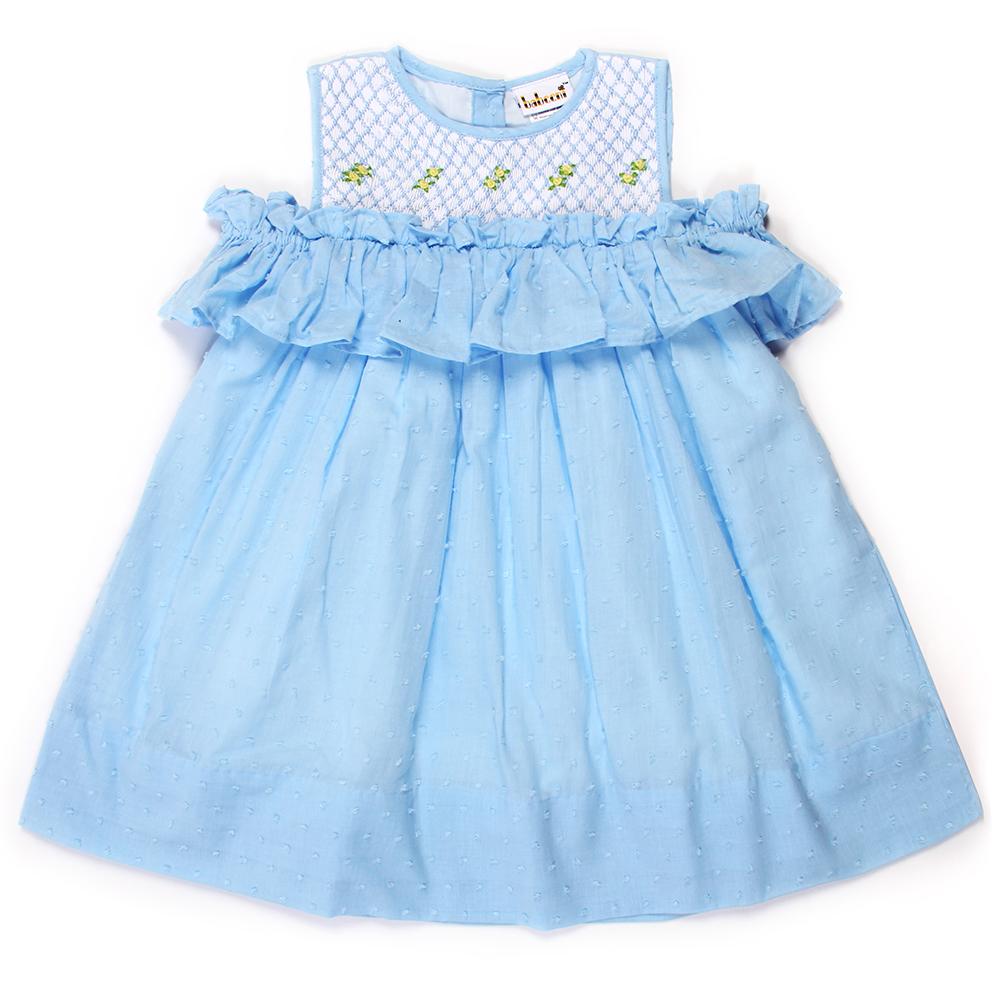 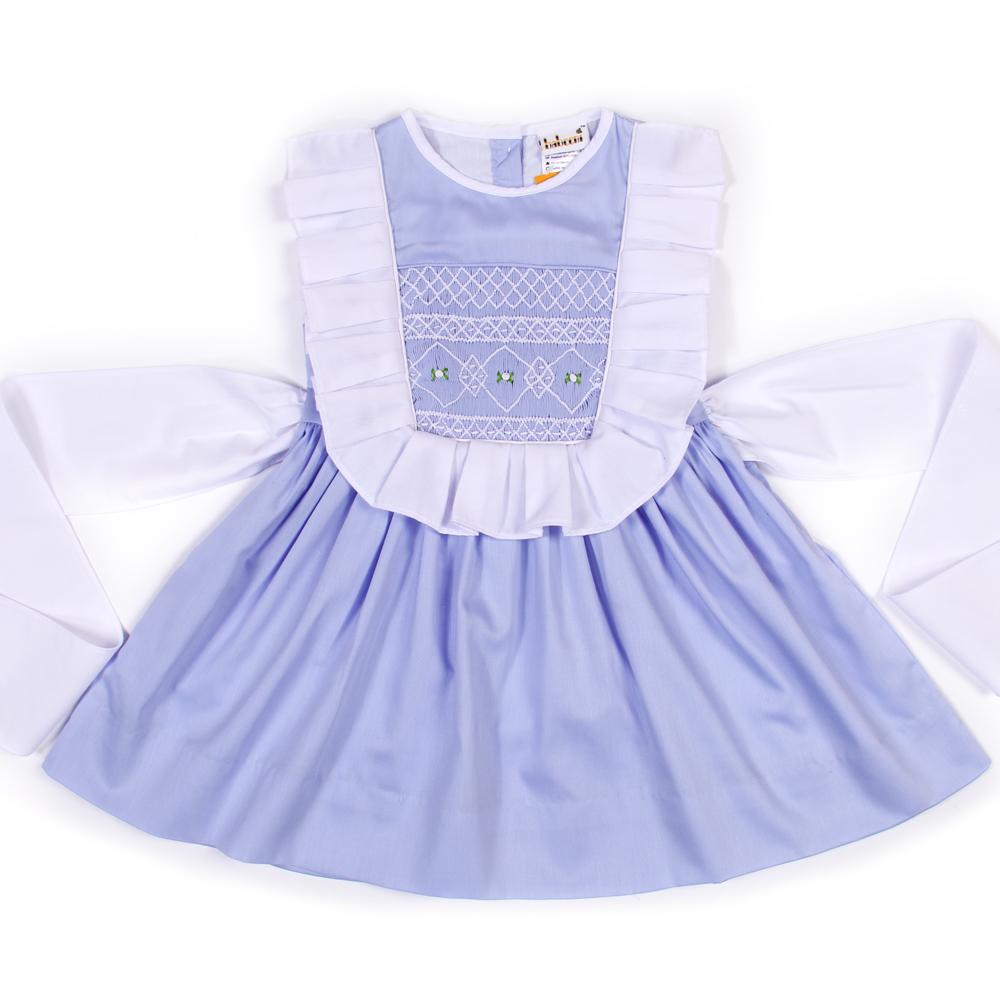 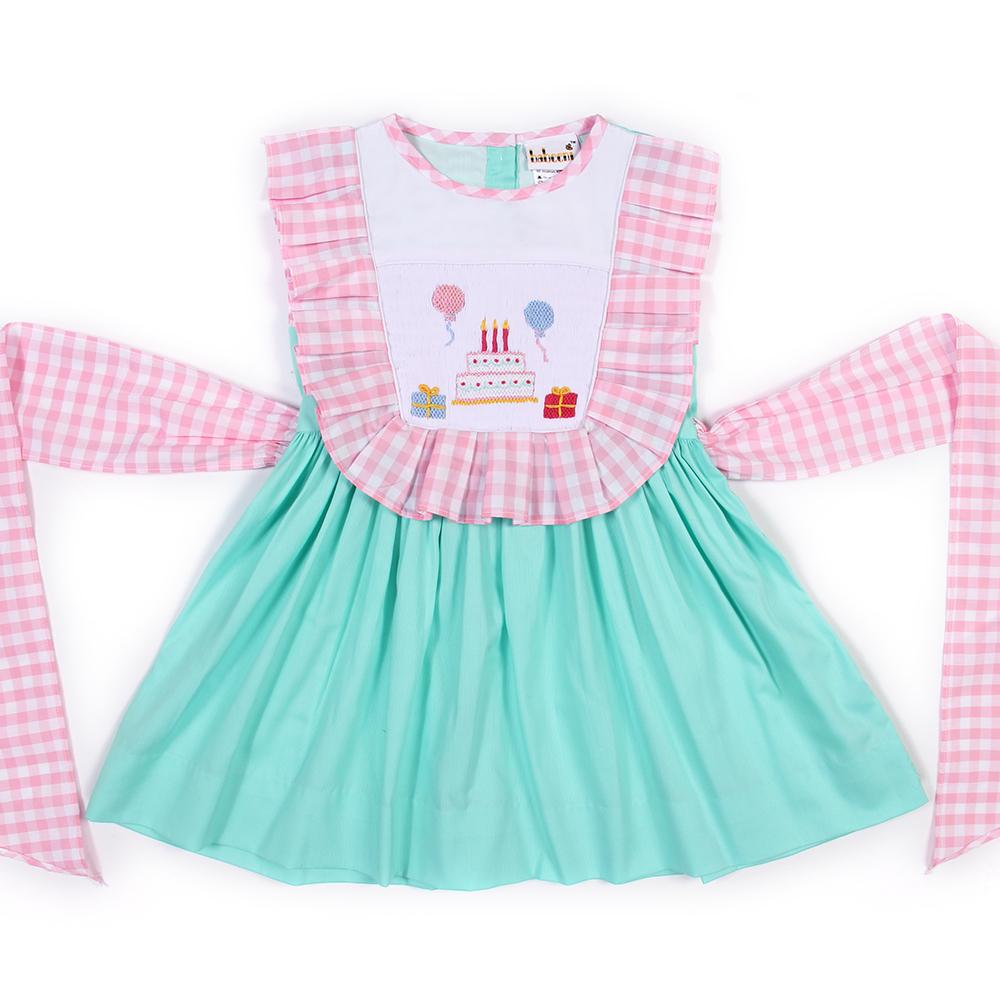 Your kids will be wearing whatever your wife wants them to wear!

PS: To be modern is to tear the soul out of everything! Lets us know what you think about the trending this year 2018 and stay tuned to get notified about our new Smocked Baby Clothes

Priority for an order of at least 500 pcs